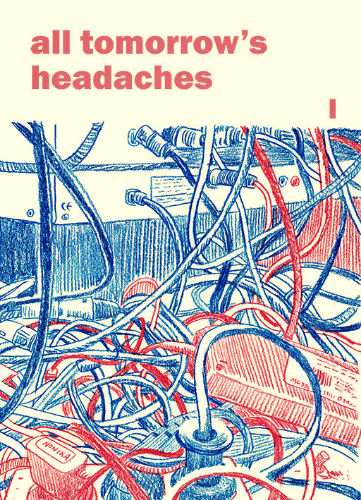 "It's been a long time, since I was doing something just for the fun of doing it. Chasing after jobs to support a living I kind of lost track of the times, when I was doing comics just because I wanted to. Last year that impulse came back and I was toying with the idea of starting a story-based fanzine again. For years the name "All tomorrow's hedaches" - leaning on to the song by The Velvet Underground, which is about parties - had been on my mind and then I knew what to do with it. So here it is, the first issue. I drew this comic with a red coloured pencil and everything is pretty simple in it's approach to just tell a story that I made up with no other purpose but to tell it. I am very happy with this first shot. If you like to order it, please write me an email. First run is limited to 100 pieces and it comes full coloured (though actually it's only red and a little bit of blue on the cover) on 20 interiour pages.